Posted on April 3, 2019 Categories: Featured, Heart Angel Comments are off for this post 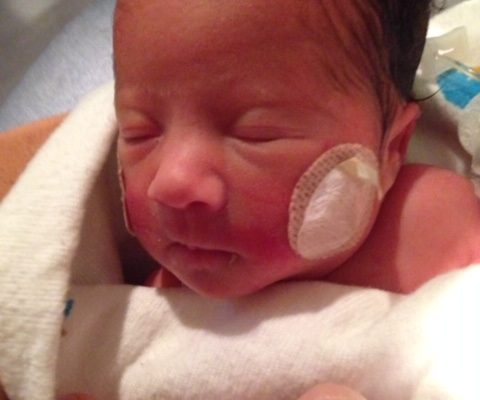 Mara was born October 20, 2015 at 32 weeks after a fairly normal pregnancy. Just like her brothers, she had lots of black hair and she was born early. Since I had previous preterm babies, I had extra ultrasounds and everything appeared to be normal. Being premature was not ideal, but not something we hadn’t dealt with. We considered ourselves pretty experienced NICU parents at this point having spent 17 days in the NICU with Josiah in 2008, and 35 days with Levi in 2011. Our NICU experience with Mara started out exactly like her brothers. Even though she was only 2 pounds, 12 ounces, she scored very well on her APGAR tests, and we were excited to get her stronger and to go home very soon.

On October 30, Mara was 10 days old and a nurse said something during routine cares that changed everything. “Did you know she has a heart murmur?” We had no idea. Suddenly this NICU experience was WAY different that the other NICU stays we had. We were in unchartered territory and it was terrifying. The nurse assured us that it was probably a small issue that was common with premature babies. A duct didn’t close all the way. Probably no big deal, but she had a neonatologist come listen. He said the murmur was “harsher” than he liked, so he ordered an echocardiogram for the next day.

When I got to the NICU the next day, there was a huge machine in my baby’s room and it was looking at my tiny baby’s tiny heart. The cardiologist came back later and told us everything he found during the echo. A PDA, VSD, and possibly a coarctation in her aortic arch. He couldn’t be sure about the coarctation because her heart was so tiny, so he wanted to do another echo in a couple of days. Sure enough, she had a small narrowing place on her aortic arch. It was actually helping her at that point- it balanced out the other defects she had and allowed her to breathe on her own.

On November 11, 2015, Mara was taken to surgery to fix her PDA and coarctation of her aorta. She was about 3 pounds. The surgeon told us that he has not done many surgeries on babies this small, but gave us a 90% chance that everything would be fine. I didn’t let myself think that she wouldn’t be. Of course she was going to be ok. This was just a little bump in the road. We’d get her heart fixed, and we would all live happily ever after.

During surgery, I tried my best to keep myself distracted. We were surrounded by friends and family. Our older son was in 2nd grade, so he was in school. We had our preschooler at the hospital with us. I wanted him there. He was always happy and a good distraction for the morning. I also had to pump every few hours. We got hourly updates, and everything was going well. They had trouble finding a vein for sedation, but that was expected. She was tiny.

It was after lunch and I was waiting for our next update. It had been a while, and I was starting to get antsy. They updates were pretty much on the hour until this time. Then the nurse called us back to a little room and told us that there were complications. Really, after that, I don’t remember much. I remember asking if she was alive, and the nurse shaking her head no. I remember the surgeon and cardiologist coming into the little room and talking to us, but I told them to stop. I remember not being able to feel my arms and legs, and I remember a nurse telling me that I needed to breathe.

We love and miss Mara every day. She was a beautiful little light who entered our lives and stayed for 22 days. We will always cherish those days with her. 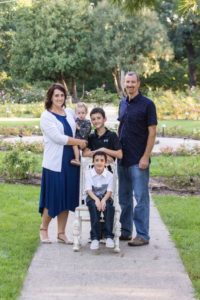