October is Pregnancy & Infant Loss Awareness month.  Unfortunately, many of our heart families walk this impossible road.  Help-A-Heart wanted to share the story of one of our heart angel families this month to help raise awareness.  Thank you to Nate & Emily Forsythe for writing & sharing the story of their precious daughter, Kennedy Ren Forsythe.  Nate & Emily are the proud parents of Kennedy & Oliver (age 1).  This is Part 9 of 11.

Much of Kennedy’s life was unexpected: her diagnoses, her reaction to the first surgery, her inability to come off of ECMO.  I guess we knew that the latter two were possibilities, but nothing we anticipated happening (the mentality: that happens to other people, not us).  But in all our research and conversations with doctors and specialists, we were not even a little bit prepared for the latest setback.

Kennedy’s second surgery (I say surgery, because they had to put her back on bypass) moved the ECMO leads from her chest to a major vein in her neck in order to close her chest.  Shortly after, we began noticing the deep purple coloring in her hands and feet.  This unfairly attributes ECMO to her poor circulation – not the case, this just happens to be how I measure the time.

ECMO was working as it should.  But Kennedy’s limbs weren’t getting enough circulation.   Probably the worst part is that her Occupational Therapist gave her some steroid cream on her hands and feet – this meant we couldn’t touch them.  We couldn’t hold her hands any longer.

CHD takes and takes and takes – now it has taken my ability to hold her finger, which she holds back when she is alert.  It would, we’re were told, likely take one arm and possibly a foot, as well.  Another doctor came to see us to talk about amputation.  “Provided she pulls through” (pulls through?  Choose your words more carefully, sir), we are looking at likely having to remove her arm from just under the elbow.”

Another blow.  Ugh.  Alright.  So we will figure that out – amputees do great things.  Challenged, not limited.  They began to draw lines on her arm.  A visual for everyone to track the spreading of the dark purple oxygen-deprived skin.

We will monitor it.  One day at a time. 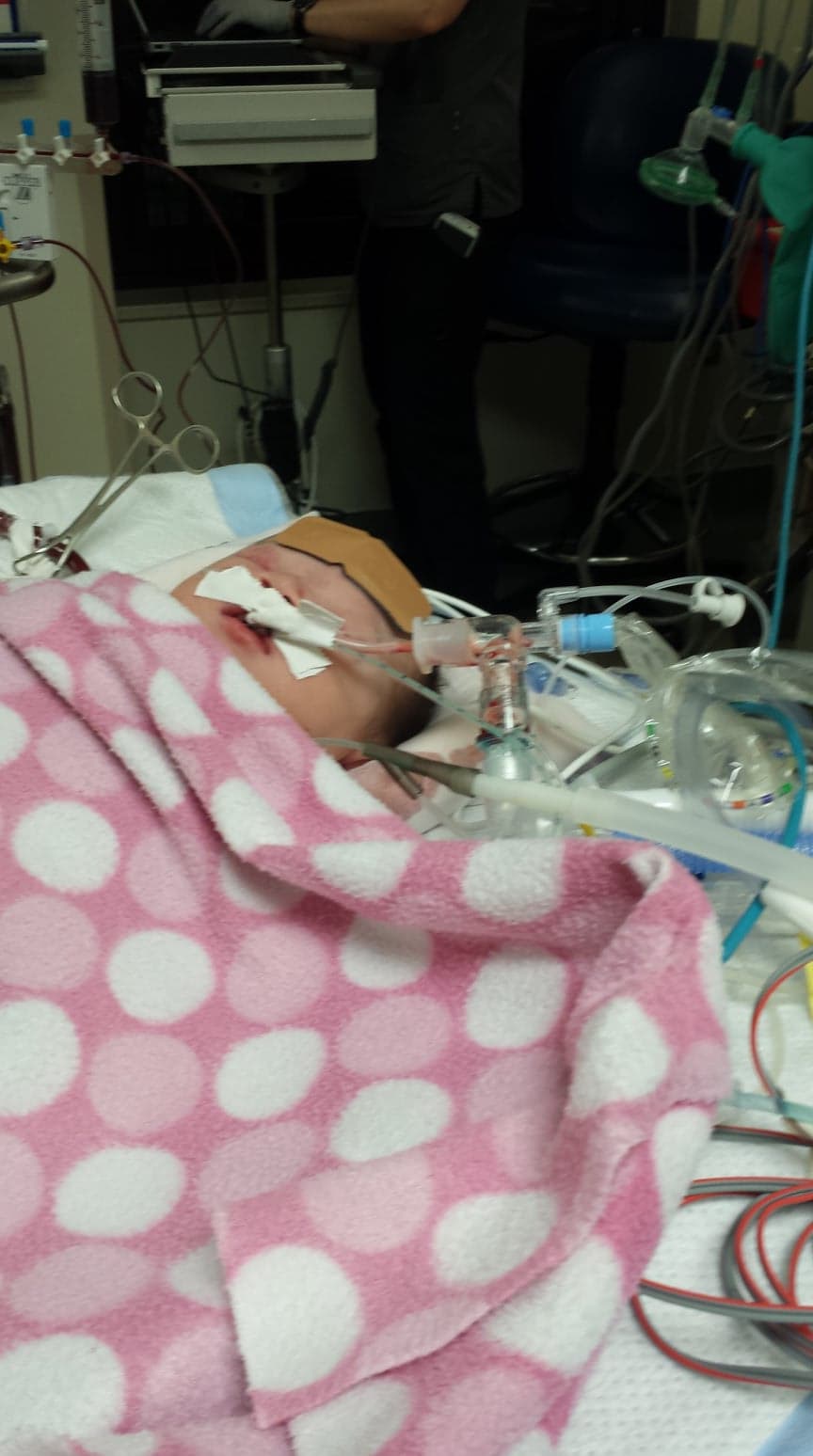