Posted on October 26, 2018 Categories: Featured, Heart Angel, Heart Family Story Comments are off for this post

October is Pregnancy & Infant Loss Awareness month.  Unfortunately, many of our heart families walk this impossible road.  Help-A-Heart wanted to share the story of one of our heart angel families this month to help raise awareness.  Thank you to Nate & Emily Forsythe for writing & sharing the story of their precious daughter, Kennedy Ren Forsythe.  Nate & Emily are the proud parents of Kennedy & Oliver (age 1).  This is Part 7 of 11.

It may sound cliché, but having a critically ill child is a rollercoaster.  You’re on your way up with optimism and anticipation, then suddenly you’re falling hard.  Your head is going a thousand directions and you can’t control it and you’re gripping onto whatever you can grasp, trying to get a little control.  Over and over again.  The day after her arterial switch was a day of rest, but the following day we were back at it – they were going to try to wean her off of ECMO.

The surgeon and the rest of her pediatric team file into the room.  We’re moved out into the hall, but we can still see the monitors.

They start reducing the amount of ECMO support.  Slowly.  We want her heart to catch on that it needs to work on its own now.  Lungs look good, turn it down a little more.  Subtle smiles from the team.

Reduce the support a little more….  you could hear a pin drop.  A small team had gathered in the hall, silently cheering her on with us.  A few nods.   The team is staring at her monitors.

And then alarms.  All of them.  At the same time.  A rush to get ECMO back to full support.  She is momentarily paced again – they never removed the external pacemaker, “just in case.”

She wouldn’t come off of ECMO today.  They need to do some x-rays to look at her heart.   She will need to rest some more.

The team files out.  Minus the ECMO tech and her two nurses – they’re always there.  The blanket has been removed, so we can see inside her tiny chest.  We get to see her heart actually beating – it may not be working on its own, but we can see it pumping life into her body.  Hope.

There are no other plans for the day.  We will try again tomorrow.  Up, down, up, down.  Over and over again.

We were told on more than one occasion that Kennedy wouldn’t survive overnight.  Those days were never long enough and I always found myself exhausted.  The doctor (usually Dr. O – I grew to hate seeing him) would come into her PICU room after rounds and tell us she didn’t do well overnight, her heart isn’t responding, today was probably her last day.

So we called in the troops.  Support network, friends, family.  Come meet her before we lose her.

Then she rallied.  Hope.  For a few days.

This happened four times.  There aren’t words to explain the emotional and physical toll this has on a person.  It shatters you.

Over and over again. 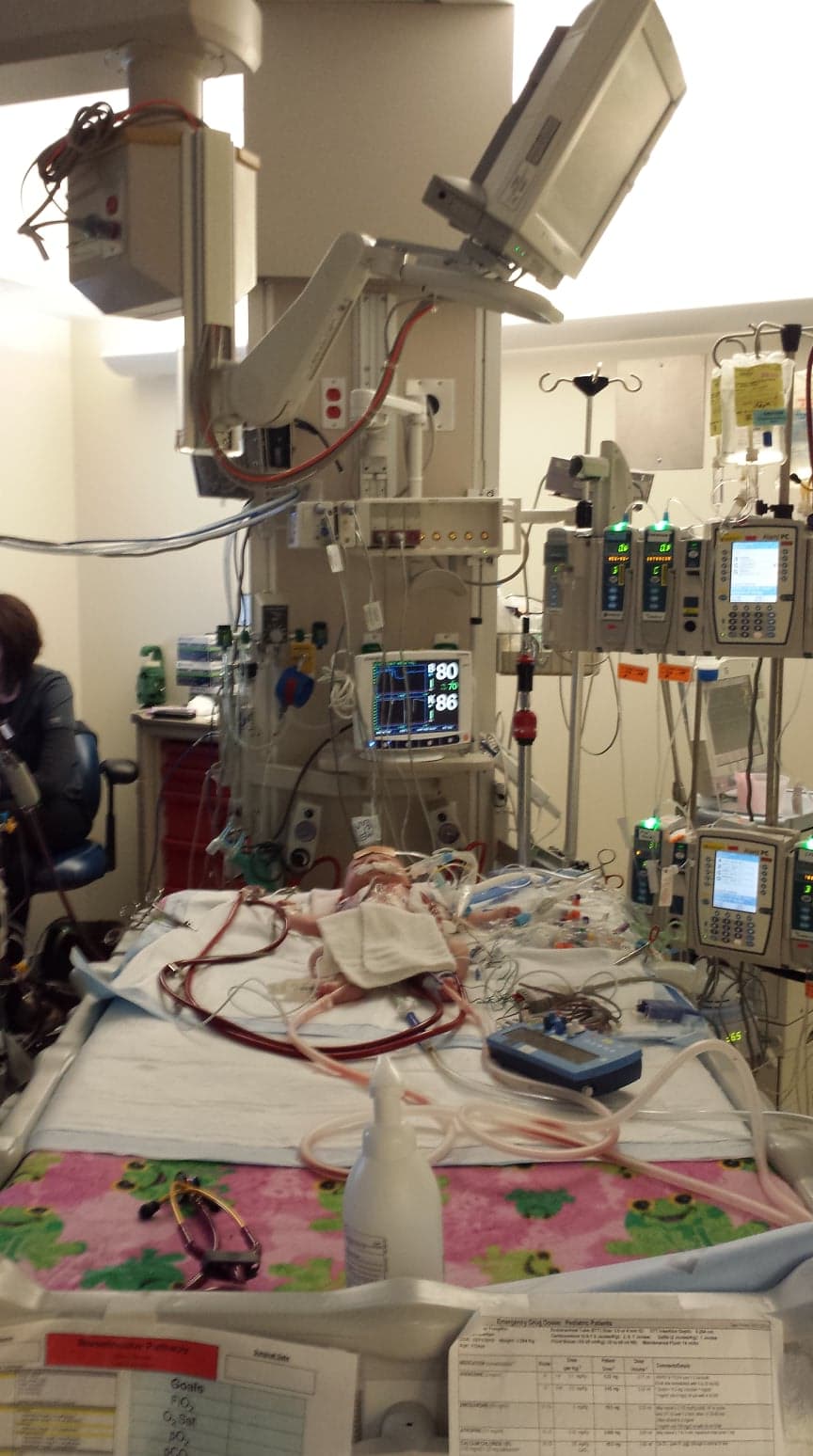