Posted on October 20, 2018 Categories: Featured, Heart Angel, Heart Family Story Comments are off for this post

October is Pregnancy & Infant Loss Awareness month.  Unfortunately, many of our heart families walk this impossible road.  Help-A-Heart wanted to share the story of one of our heart angel families this month to help raise awareness.  Thank you to Nate & Emily Forsythe for writing & sharing the story of their precious daughter, Kennedy Ren Forsythe.  Nate & Emily are the proud parents of Kennedy & Oliver (age 1).  This is Part 1 of 11.

It was October 30th, 2015.  I was comfortably (comfortably?) 24 weeks pregnant with our little lady.  At our 20 week scan we were told that they couldn’t see her hands and her feet – she was quite a wiggle worm, and went out of her way to avoid the ultrasound camera, so that made sense.  They recommended a high resolution ultrasound, just to make sure she had hands and feet.  Since it was just a quick check (silly me), we decided that I would go alone.  After all, if she doesn’t have hands or feet, we would figure out what to do next.

The scan begins.  It’s a new place, so they have to do an entire scan, instead of just looking for her “missing” parts.  That’s fine, you guys are the pros and I like to watch her move around.  The scan goes on.  And on.  And on and on and on and on…  Lindsey (the ultrasound tech – I remember everything about that day…) smiles and says “There’s just one thing I need a doctor to check on – something I can’t see very well.”  (Still utterly clueless and naïve) I smile, “No problem, I’ll be here!”  (Har har har, she’s got jokes.)

The doctor comes in and they resume the scan together, whispering, talking in code.  Then “MmHmmm.  You’re right.  I see.  Thank you.”  And the doctor leaves.  Lindsey says “She has all her hands and her feet!  But the doctor wants to see you about something.”  I think to myself – Something?  What something?  We were just here for hands and feet and she has them.  Again.  Naïve, first-time-Mom stuff.

The doctor was all business.  No fluff, no bedside manner, no nonsense.  “Is the father here?”  He wasn’t because – well, we were told she was just missing her hands and her feet, it didn’t really take two of us to figure that out.  I’ll skip over the noise that followed – he was old school and the father should *always* be here blah blah blah.  What’s this about?  And then, without easing into it, he just said it:

“There’s something wrong with her heart.”

There it was.  The trapdoor opened and I fell.

He went on to explain it – Transposition of the Great Arteries, he suspected.  (We would find out later that her diagnosis is actually unknown – that’s for another day.)  He drew a rough diagram, explained that I needed to be transferred to another hospital to deliver, and some other stuff.  My ears were full of cotton and my head hurt from trying to hold back tears.  I left, utterly overwhelmed.

The next several days were a blur.  I avoided the internet (nothing good can come from researching a heart defect on the internet).  I cried a lot.  And when I emerged from the darkness, it was time to prepare.  And so we did. 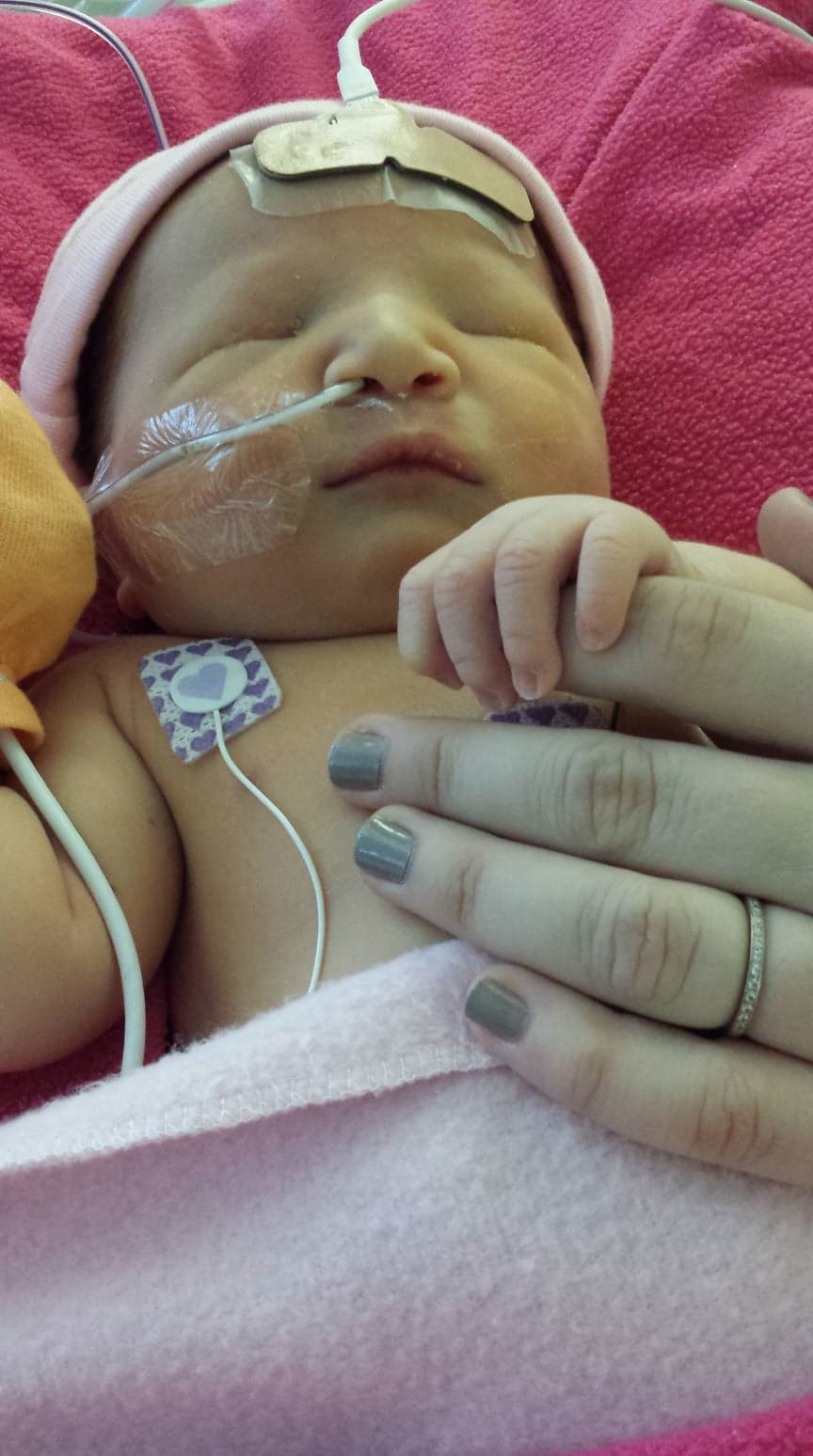