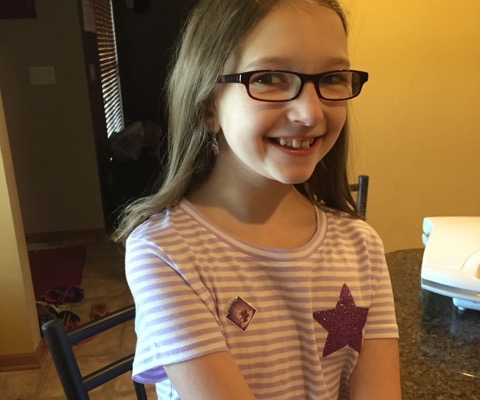 Leilani was born a healthy 6 lb little girl. Little did we know that 5 months later, our lives would be turned upside down. Leilani started getting sick, and after a long week and a few doctor’s appointments, with her only getting worse, we took her to the ER. They did a chest x-ray and found out the Leila had dilated cardio-myopothy. – Her heart was 3x the size it was suppose to be and not functioning well. After a couple rounds a medicine and a quick two day trip home, it was clear Leilani needed a heart transplant. So we waited in the University of Iowa Hospital for 6 months till the call came that she was getting a heart. Leilani healed quickly from her transplant and was soon living a “normal” life with medicines and doctors appointments. Then in March of 2013, Leilani went in for a routine heart cath. There they found that she was developing coronary artery disease. -Her body was starting to reject the heart. They kept her stable for the next year and a half by doing frequent caths and putting stints and balloons in the arteries to keep them open. October 10, 2014, Leilani had developed a bad cough. We took her to her pediatrician where they did a chest x-ray and saw fluid in her lungs. They immediately sent us up to Iowa City. It was decided that Leilani’s heart needs extra help. That next Wednesday they did surgery and put a left-vad in that connected to the Berlin heart. After a couple days of her getting worse, they decided to go into surgery again and put the right vad in; so now both sides of her heart were being supported. After what seemed like a long recovery, Leilani is doing well with the help of the Berlin Heart, She has very minor complications at times. We are waiting in Iowa City Hospital until she gets her new heart. 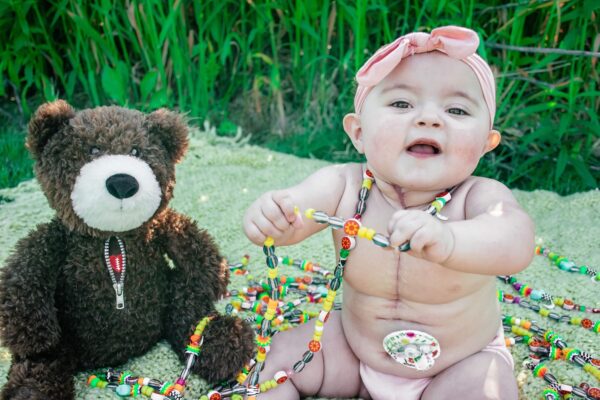